Alice excelled in elementary school and joined the Girl Scouts. In 1925 she traveled to Europe with her grandparents, where they flew over the English Channel from Dover to Calais in an open-cockpit plane—a novelty at the time. She continued her education at Ridley High School. Upon graduation in 1935, she received a four-year scholarship to Dickinson College in Carlisle, PA.

At Dickinson, Alice studied science and English, worked in her dormitory as a waitress to repay her scholarship, and took archery. In her memoir, she recalled that she “laughed and cut up most every evening” with her roommates. She joined the Chi Omega sorority, served as the yearbook’s literary editor, and was a member of the women’s honor society, Wheel and Chain. In 1939 she graduated with honors.

While teaching science full-time at Ridley Park High School, Alice earned her master’s in biology and chemistry from Bryn Mawr College. After graduation in 1942, she taught biology at Williamsport-Dickinson Junior College, as well as physics and biology to Army Air Corp cadets stationed at the college for training before deploying in World War II.

Alice’s father, Donald, had served in World War I and her brother, Buddy, was serving in General Patton’s Second Armored Division in World War II. She, too, wanted to contribute to the war effort and enlisted in the Navy WAVES. She was commissioned as an Ensign and posted to Washington, D.C., as an Education Officer, where she taught weekly orientation and noncredit classes to Naval personnel, as well as GED classes to WAVES who wanted to earn their high school degree.

With an honorable discharge after the war, Alice returned to academic life, using her G.I. bill to pay for PhD studies at the University of Michigan. It was there, at the university’s Douglas Lake Biological Station, that she met a PhD student from the University of Illinois, Robert Marshall Chew. On December 28, 1946, the two married in Christ Episcopal Church in Ridley Park, PA. They honeymooned in New York City.

Alice left her PhD studies to follow Bob to the University of Illinois at Urbana-Champaign, where he finished his PhD in biology, physiology, and ecology. In 1948 they moved to Wisconsin for Bob's first teaching post, at Lawrence College. Their first child, Carl Thomas Chew, arrived that same year.

Alice took on the role of homemaker, sewing clothing and household linens, cooking, gardening, and preserving food. Their daughter Zoë Alice Chew was born in 1949, and son Paul Benjamin Chew in 1951. In 1952 the young family moved to Los Angeles for Bob’s new job teaching at the University of Southern California.

Alice continued being a homemaker through the mid-1950s, encouraging and participating in her children’s interests with joy. She led Carl’s group of Woodcraft Rangers, Zoë’s group of Camp Fire Girls, cheered on Paul in Little League, supported Carl in 4H, and enrolled all three in music lessons. She loved giving other young people the opportunity to participate in youth groups, too; in Zoë’s group of Camp Fire Girls, Alice encouraged diversity and opportunity for all, especially those who were marginalized.

Simultaneously, Alice supported Bob’s research in desert ecology. They spent holidays all over the southwest, hiking and camping in National Parks and other wilderness areas on their way to and from research plots. These camping trips were a source of adventure; her son Paul remembers a trip during which the family slept outside in just sleeping bags during a desert sandstorm.

Camping suited Alice’s adventurous spirit and her deep love of nature. Even near the end of her life, she cherished time in the great outdoors, whether going on short walks or sitting outside for quiet reflection. She traveled widely throughout her life, on her own and with her family, driving across the United States, and visiting Europe, Russia, Central and South America, the Galapagos, Australia, and New Zealand.

In 1958, Bob took a 14-month sabbatical from teaching at USC to conduct research on high desert ecology at the American Museum of Natural History’s Southwestern Research Station in Portal, AZ. The sabbatical sparked a lifelong love of Portal for both Alice and Bob; they returned to the station numerous times to continue their research. During that sabbatical, the children attended school at Portal’s one-room schoolhouse, hunted for arrowheads, rode horses, and reveled in desert life.

As the children grew up, Alice returned to teaching, first at Huntington Park High School, where she taught biology and general science, and then at Santa Monica College. Throughout her professional career as a woman in the sciences, she faced and overcame tremendous sexism and repeated attempts by her colleagues to undermine her work and make her feel unwelcome.

Even in the face of such hostility and discrimination, she was an innovative teacher and a lifelong learner. In 1969 she received a second master’s degree, from Goddard College, in human ecology, and then she designed and taught a course in the same subject at SMC. It was also at SMC that she pioneered a course in human sexuality, which revolutionized the teaching of sex education.

In 1979 Alice and Bob retired to Portal. While Bob continued his research on his desert plot, Alice threw herself into small town life, serving for six years as an EMT, joining Portal’s weekly sewing and hand-crafts group and its Circuit Writers writing group, and helping start the Chiricahua Gallery in the nearby town of Rodeo, NM. She and Bob assisted with renovating, organizing, and running the gallery. She gardened and loved sharing the joys of her hobbies with her grandchildren when they visited, encouraging them to draw and paint, taking them on hikes, and helping them appreciate the unique desert environment.

Alice and Bob lived in Portal until 2009, when they moved to Seattle and settled at University House. The environment at University House allowed her to remain active and engaged until the very last weeks of her life. She particularly loved the piano bar with Bob Schilperoort, the poetry group, walks around Green Lake, and outings to Seattle’s many museums. She participated in various studies on aging at the University of Washington, starred in a YouTube video, “Kids Meet a 101 Year Old,” that has been viewed more than 4 million times, always entered art into the University House exhibits, and staged readings at University House of several plays that she penned, including one just weeks before she died. She rejoiced in visits from her family and meals in the dining room with friends.

Throughout her life, Alice was concerned about social issues—the state of the climate, the establishment of world peace, equality for women and people of color—and was active in various movements, from protesting the Vietnam War to organizing events for the first Earth Day in 1970 to registering voters in University House several weeks before her death. She was also an active Unitarian, engaged in the church community first in Santa Monica and then in Tucson, where she was a member of the Tucson Unitarian Church Quilting Group.

As much an artist as a scientist, Alice pursued photography, painting, drawing, ceramics, and quilting throughout her life. In addition to her plays, she wrote two autobiographies, a biography of her brother, several volumes of family genealogy, and multiple books of poetry. She was a prolific correspondent, sending letters and then emails to friends and family up until the end of her life. She delighted in playing games, especially Scrabble, at which she excelled.

Alice was preceded in death by her brother Buddy and his wife Zoë, and her husband Bob. She is survived by her children and their spouses, Carl Chew and Laura-Mae Baldwin of Seattle; Zoë and Gordon Smith of Annapolis, CA; and Paul Chew of Otto, NC, as well as her five grandchildren and their spouses—Zena Chew; Remi Chew; Andrew and Jessica Chew; Lindsey Smith; and Sylvie Baldwin—and one great grandchild, Jackson Chew.

Alice was laid to rest in The Meadow Natural Burial Ground at Moles Greenacres Memorial Park. A celebration of her life will be held for her at University House, on Saturday, February 2, 2019, at 2:00 p.m. It was Alice's wish that in lieu of flowers anyone wanting to remember her can donate to Doctors Without Borders, Planned Parenthood, or the Environmental Defense Fund.

The final days of Alice's life were filled with a sense of contentment and self-awareness that she had lived a good and full life. In her memoir she wrote, “Heaven, if there is one, will be unexpected; if there is none, I’ve had my share of heaven on earth: living, working, loving, and being blessed by earthly riches.” 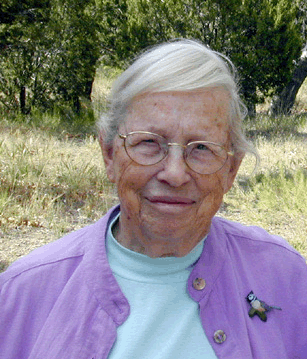