1878: The property was first settled by Stephen B. Reed and his family which included his father Leonard R. Reed. The Reed family was from Missouri and passed through Cave Creek Canyon on their way to find gold in California. After many years of mining and then providing supplies for miners in the Sierra Nevada Mountains of California, Stephen and his family came back to the Chiricahuas. In 1879 they built a log cabin (felled juniper and pine) on the property where the research station now stands. Stephen died at age 84 in 1912 and his father, Leonard Reed died at age 75 in 1881 and was buried in Portal. The Reeds were the first non-native family to settle in the Chiricahua Mountains.

The Reed Cabin still stands on station grounds next door to the Main Office -- It is currently a private residence. The cabin is thought to be the oldest homestead in southeastern Arizona. Rumor has it that Stephen Reed and the famous Apache Chief Geronimo stayed on friendly terms. 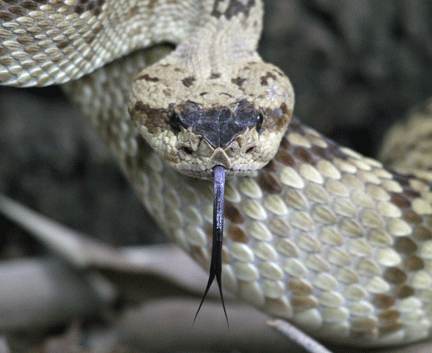 Mission of the Southwestern Research Station

The Southwestern Research Station is a biological field station that provides scientists, educators, and students from across the country and around the world the opportunity to participate in research, workshops, and classes in one of the most biologically rich environments in the United States. Located in the Chiricahua Mountains of southeastern Arizona, the Station is situated in the heart of the Madrean Sky Island Archipelago, which stretches from the tropical Sierra Madre Occidental up to the Rocky Mountains. The habitats around SWRS include an elevational gradient from low desert to alpine meadows, rich riparian areas, and a unique blend of Chihuahuan and Sonoran Desert species.

The Southwestern Research Station serves scientists, students, and groups that strive to conserve the world’s biodiversity and add to our knowledge of the natural world. SWRS is a non-profit organization under the direction of the American Museum of Natural History (AMNH) In New York.

History of the Southwestern Research Station

The following is a condensed history of the property where the Southwestern Research Station (SWRS) is located. Many references and accounts from relatives of previous owners and station directors were used to put together this history; however, several parts of the history are missing or vague. Nonetheless, I think from the narrative below you can gain a good idea of what came before and after the SWRS was founded.

Many of the photos, facts, and dates were pulled from published and personal accounts of the area and past family members that lived on the property at one time. I list the names of contributors at the end of this history.

1886: E. John Hands, an Englishman, came to work for Stephen Reed as a handyman and lived with the family in the cabin.

The Reed House on the Reed Ranch

The Reed Ranch was sold to E. John Hands by Walter S. Reed on July 12 and recorded September 24.

E. John Hands sold the Bide-a-wee Ranch to Frank W. Officer on January 18. Officer with his partner, H. G. Grosman, had plans to develop the Bide-a-wee as a resort or a dude ranch.

Frank Officer and his partner ran into financial troubles and had to sell the ranch to Harry A. and Emma M. Clark on March 8. Before selling Frank was able to build rock walls along the creeks, start construction of the framed main house, and built a rock foundation for what is now the station’s laboratory building. In the next several years, Harry and Emma with the help of friends finished construction of the framed main house that included a native stone fireplace (still functional in SWRS Main House). They also built a spring house on the lawn of the main house, a fountain, and a concrete swimming pool. The pool was, and still is, fed by a warm spring which flows at a constant 72 degrees.

Harry Clark died in 1938 and left the ranch to Emma. Later that year the property was sold to Jerome A. and Katherine Clark.

Jerome died after being struck by lightning and left the property to Katherine Clark. She then sold the ranch to Jack Hoggett of Rodeo, NM but Hogget was unable to make payment and Katherine transferred the ranch back to Emma Clark.

Emma Clark sold the ranch for $23,500 on January 2 to Susan McAndrews. Susan intended to operate the property as a dude ranch which she renamed the “Painted Canyon Ranch”. It is believed that Susan plumbed the Main House in addition to wiring the structure. She laid foundations for two guest quarters.

On October 24 Susan Andrews sold 53 acres of the Painted Canyon Ranch to Weldon F. and Phyllis W. Heald. The sale included all the buildings and the swimming pool. Susan retained 87.47 acres of the ranch property. Weldon was an avid hiker and Director of the Sierra Club from 1945-1949. He was also a widely published free-lance author (see 1967 below).

Sometime in 1953 or 54, the Healds had a visitor at the ranch. He introduced himself as Dr. Mont Cazier, the Chairman of the Department of Insects and Spiders at the American Museum of Natural History in New York. He wanted to know if the place was for sale. Dr. Cazier thought the property would be a great site for a biological field station for the AMNH. He envisioned scientific studies in all fields of natural history being conducted in this location of high species diversity. At first, the Heald’s said NO to the offer – they loved the area and did not want to sell. However, they were both free-lance writers and felt out of touch with the business world and decided to sell their ranch.

On 7 June the Heald’s sold their 53 acres of the ranch to the American Museum of Natural History (AMNH) in New York. Funding for the property was donated by David Rockefeller ($50,000 plus $3,000 for furnishings). The Southwestern Research Station was established under its first Director, Dr. Mont A. Cazier.

On May 14, the AMNH purchased an additional 10.7 acres from Susan McAndrews which increased the holdings to 63 acres. The foundation constructed by Harry Clark was converted to research labs for scientists staying at the station and eventually named the Osborn Memorial Laboratory. Housing units 5-7 were completed (Rockefeller and other funding).

A wing was added to the laboratories through the generosity of Dr. David Rockefeller and Dr. Albert E. Parr. Mr. Herbert F. Schwartz, and Mr. Bernard Heineman funded enlargement of the dining room.

Dr. Mont A. Cazier resigned as Director and was replaced temporarily by Dr. Willis J. Gertsch and Dr. Jerome Rozen in 1962. Vincent D. Roth was appointed Director on September 1.

Frank Preston donated his 36.5 acres to the AMNH’s Southwestern Research Station increasing the holdings to 99.42 acres.

Dr. Wade C. Sherbrooke arrived as Assistant Director on May 23.

A new laboratory, the Technical Equipment Laboratory, was built near the Osborn Memorial Labs and is equipped with chemical hoods, incubation chambers, balances, centrifuges and other modern equipment used by researchers that visit the station (National Science Foundation /American Museum of Natural History funded)

The aging wastewater treatment system at the station was replaced with a subsurface constructed wetland. The new wetland is an environmentally friendly alternative to traditional leach lines that can potentially pollute our precious water

table. The wetland not only handles all wastewater at the station, but provides habitat for wildlife – especially birds and butterflies (Private Donations/American Museum of Natural History funded).

Leopard Frog, Lithobates (Rana) chiricahuensis back into the eastern portion of the Chiricahua Mountains. The station constructed a headstarting facility for rearing eggs and tadpoles to juvenile frog size for release into the wild (USFWS and AGFD funding). 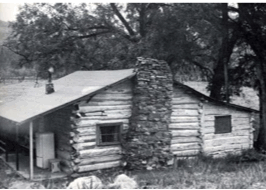 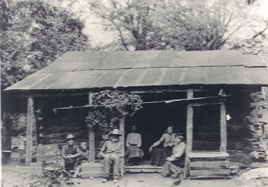 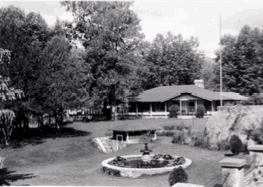 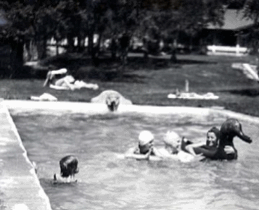 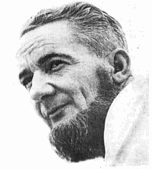 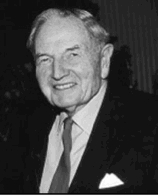 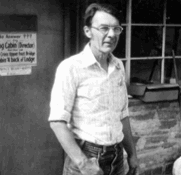 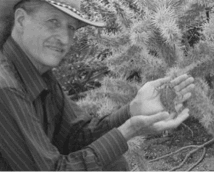 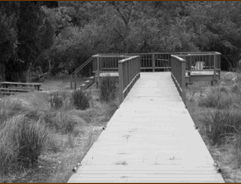 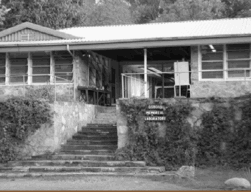 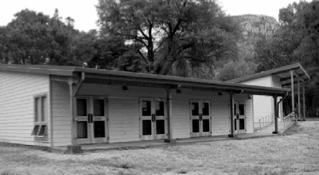 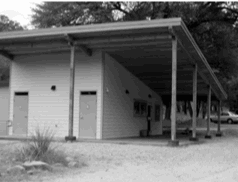 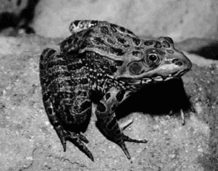 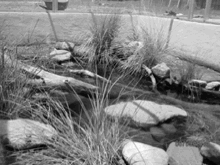